The 60 teams of 25 schools have launched a fierce competition around the three projects of installation, driving and unmanned shooting of unmanned electric vehicles.

"5 minutes and 10 seconds!" After the team quickly assembled the simple unmanned smart car, He Zhenxuan, a sixth-grade student of Yanxuan Primary School, happily followed the timekeeper.

He told reporters that there were a lot of problems in the assembly process, such as missing one for fixing accessories.

But after teamwork, I quickly found a screw replacement solution. Subsequently, He Zhenduo took the smart car and controlled it through the mobile APP. 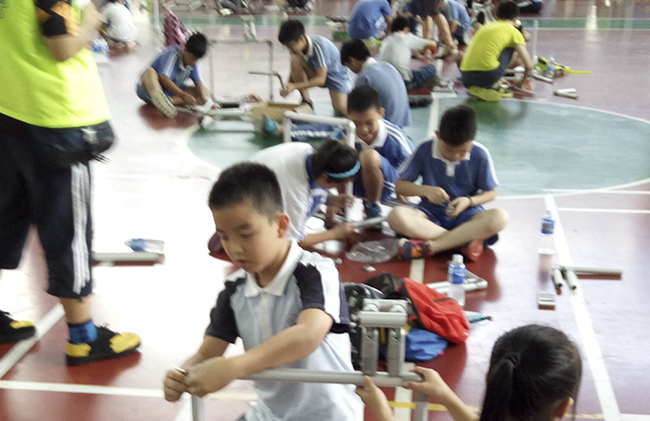 One of the smart cars uses a pneumatic honeycomb tire.

In the future, smart cars and robots will be one of our main development directions!

It has many advantages such as good cushioning, no fear of tying, high abrasion resistance and no inflation.